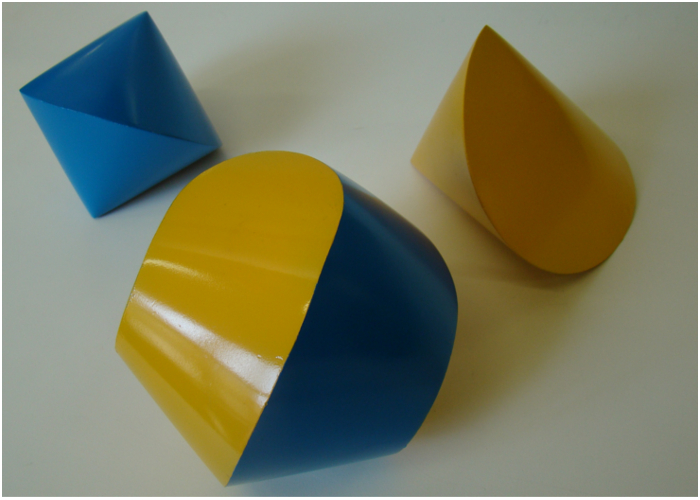 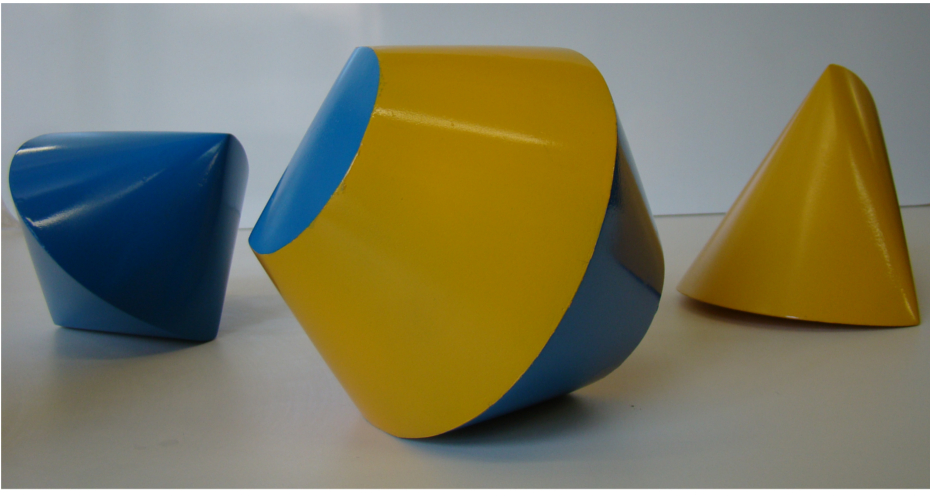 These objects give the impression of having a certain logic in their construction although they have no obvious symmetry. That's it! All were constructed from regular polygons that were rotated around an axis of symmetry and then cut in half and reglued with a rotation. It is this final spin that deconstructs symmetry. For example, an equilateral triangle rotated about an axis of symmetry results in a cone. Cutting the cone in half, rotating one half by 60 degrees and gluing back we get one of the objects you see here. Guess which! The others were obtained in the same way, from a square or a hexagon. You can repeat the process using any regular polygon. Those that have an even number of sides have two types of symmetry axes, one that connects midpoints of opposite sides and another that connects two opposing vertices. The end result is quite different depending on the axis we chose at the beginning.

Watch above the videos made by Felipe Bouabci Simões, a student at the Institute of Biology at USP, which makes clear the process of creating an object with a broken symmetry breaking.